SAFE Project Board of Directors

SAFE Project's Board of Directors share their time and expertise to help end the addiction epidemic. 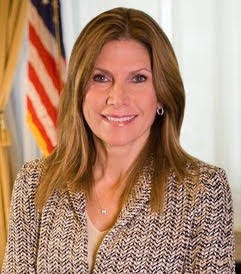 A successful businesswoman and well-known political leader, Congresswoman Mary Bono was hailed as the “embodiment of powerful American womanhood” by the Washington Times, rising to become Chairman of the influential House Energy and Commerce Committee’s Subcommittee on Commerce, Manufacturing and Trade.

Today, she is widely recognized as a national leader on privacy and technology issues as well as a powerful advocate for issues important for addiction prevention, treatment, and recovery.  Congresswoman Bono was elected in 1998 to serve California’s 44th (later changed to 45th) Congressional District after the untimely death of her husband, entertainer turned Congressman Sonny Bono. And in 2012, she became the first ever Chairman of the Women’s Policy Committee (WPC) in the House.

Congresswoman Bono established herself as a respected and closely-watched leader on a wide range of critically important issues while serving 8 terms in Congress (1998-2013). She focused her chairmanship on technology, privacy, job creation and consumer protection. In addition, she’s been at the forefront of the nationwide fight against prescription drug abuse, which impacts millions of teenagers across the United States and is now the fastest growing drug problem in America and recognized by the Centers for Disease Control and Prevention as a public health epidemic.

Congresswoman Bono’s selection as Subcommittee Chairman for the 112th Congress was historic, and made her the first Republican woman in American history to hold a gavel on the powerful Energy and Commerce Committee, one of the oldest standing committees in the U.S. House of  Representatives, dating back to 1795.

Congresswoman Bono also served on the House Armed Services Committee, the Judiciary Committee and the Small Business Committee. She authored legislation that was signed into law by Presidents Clinton, Bush and Obama, proving to be a true bipartisan consensus builder.

Currently, Congresswoman Bono is Chairman-elect of the board of directors for Community Anti-Drug Coalitions of America (CADCA). She is also the Chairman and CEO for Mothers Against Prescription Drug Abuse (MAPDA). She is married to former astronaut Admiral Steve Oswald (U.S. Navy, Retired). 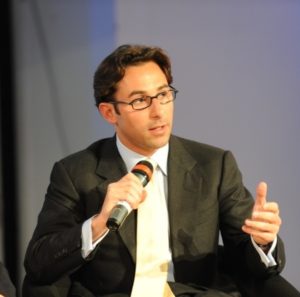 Peter L. Corsell
Secretary of the Board

Peter L. Corsell is an investor and entrepreneur known for successfully bringing emerging technologies to market. MIT’s Technology Review recognized him as one of the world’s top innovators under age 35, the World Economic Forum named him a Young Global Leader, and the National Association of Corporate Directors included him on its inaugural list of leading directors under 40.

Mr. Corsell is also Chairman of GridPoint, a leading clean technology company, which he founded in 2003 and led as CEO until 2010. GridPoint has deployed more than 500,000 connected devices and has saved its customers over $400 million and 5 billion kilowatt-hours of energy.

In 2011, Mr. Corsell cofounded Hubub, a digital platform for individuals and publishers to discuss and debate topics of interest. In partnership with Bell Media, Hubub developed a large following in Canada, where it was featured in a 2015 Super Bowl commercial. In 2016, Hubub was acquired by The Stagwell Group, where Mr. Corsell is Senior Advisor.

Mr. Corsell has been a board member and investor in several technology companies, with a focus on big data, cybersecurity and enterprise software. He has been interviewed on Charlie Rose and featured in several books including Hot, Flat, and Crowded by Tom Friedman, Perfect Power by Robert Galvin and Kurt Yeager, Earth: The Sequel by Fred Krupp, The Clean Tech Revolution by Ron Pernick and Clint Wilder, and Our Woman in Havana by Ambassador Vicki Huddleston.

Earlier in his career, Mr. Corsell served with the Central Intelligence Agency and with the U.S. Department of State in Havana, Cuba. He holds a BSFS degree from the Edmund A. Walsh School of Foreign Service at Georgetown University. 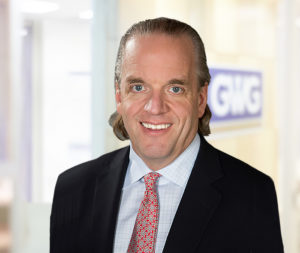 Thomas J. Donohue, Jr. is the President and Founder of Adelphi Capital. Over the past two decades Mr. Donohue has built Adelphi’s merchant banking practice through principal investments and advisory activities across the across several industry sectors where the firm has developed deep expertise, including: transportation, telecommunications and technology, financial services, infrastructure, and national security.

Mr. Donohue currently serves on the boards of several companies and organizations. These include I Squared Capital, a $3 billion global Infrastructure fund; Convergint Technologies, the world’s leading independent security solutions integration firm; Inventus Power, a leading manufacturer of lithium ion batteries; Orbis Operations, a specialized provider of military training, intelligence, and cyber-security solutions to military and commercial customers; Express Freight Finance, a commercial lender focused on the transportation industry; and American Intermodal Management, a transportation equipment leasing and logistics company. He is also a board member of the National Chamber Foundation, the research arm of the U.S. Chamber of Commerce. Mr. Donohue is a graduate of Georgetown University. 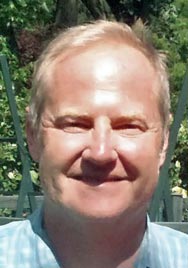 Brian C. Dooner is a senior executive, serial entrepreneur, and active social impact investor with extensive experience working with venture-backed, early-stage companies. His current work centers around engaged philanthropy with behavioral health nonprofits, higher education institutions, and mission-driven tech startups. Among his current engaged philanthropy projects is on a donor-led enterprise technology innovation project with Hazelden Betty Ford Foundation.  Most recently, Mr. Dooner was the lead donor and principal founder of the Center for Addiction and Recovery Education at his alma mater, Saint Joseph’s University in Philadelphia, PA. CARE@SJU seeks to raise awareness and understanding of addiction and to reduce its impact throughout Pennsylvania, New Jersey, and Delaware.  In addition to creating the Center, Mr. Dooner funded and worked extensively on collegiate recovery and a new recovery residence at SJU.  Overall, his work centered on helping the University lead the discussion about addiction and recovery in the southeastern Pennsylvania region.

During his career, Mr. Dooner has been a tech entrepreneur, private equity and investment banking professional, an angel investor, and an early-stage company board member and adviser to other entrepreneurs and founders.

Mr. Dooner is 59 years old and lives in the Philadelphia suburb of Bryn Mawr, Pennsylvania with his wife Marlene and their German Shepherd Dog, Charlie. 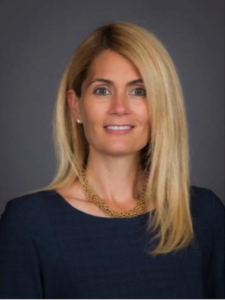 Kelly D. Rainko is a Partner at BDT & Company, and serves on the firm’s Executive Committee.  Prior to joining BDT at its founding in 2009, she worked at Goldman Sachs in the Closely Held effort within the Investment Banking Division. Ms. Rainko is a director of Weber-Stephen Products, and a director of Peet’s Coffee, and Caribou Coffee.  She formerly served as a board observer of KIND Healthy Snacks and as an advisory director of Cox Automotive.  Ms. Rainko received a BBA from the University of Michigan, and an MBA from the Kellogg School of Management at Northwestern University. 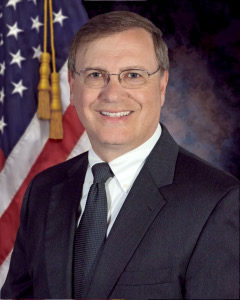 Chuck Rosenberg is a news analyst and commentator for MSNBC. He has previously served as the Acting Administrator of the Drug Enforcement Administration (DEA), from 2015 until 2017. Prior to joining DEA, Mr. Rosenberg served as the Chief of Staff and Senior Counselor to Federal Bureau of Investigation (FBI) Director Jim Comey (2013-2015). Before rejoining the FBI, he was a partner at a Washington, D.C. law firm. 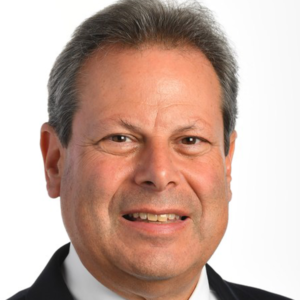 Bill Sternberg is an acclaimed journalist and writer.  In 2021, he retired after 24 years working for USA Today, including serving his final six years as editorial page editor. In 2017, Mr. Sternberg and his wife Ellen lost their son Scott to the opioid epidemic, and they have worked to raise awareness and reduce stigma.  During his time at USA Today, Mr. Sternberg planned and executed coverage of the Clinton impeachment scandal, the 2000 election and recount, the Sept. 11 terror attacks, and the wars in Afghanistan and Iraq. Before joining USA Today, he was Washington bureau chief for Thomson Newspapers and a reporter for The (Syracuse) Post-Standard and Crain’s New York Business. He is the co-author of Feeding Frenzy: The Inside Story of Wedtech (Holt: 1988), and his prizes include the John Hancock Award for Excellence in Business and Financial Journalism (“Cooked Books,” The Atlantic, 1992). Mr. Sternberg was born in Brooklyn, N.Y., grew up in Guilderland, N.Y., and graduated from Cornell University with a B.A. degree in American Studies. 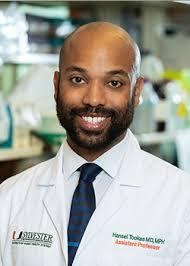 Hansel Tookes, MD, MPH is Assistant Professor in the Department of Medicine at the University of Miami Miller School of Medicine. He joined the faculty in the Division of Infectious Diseases after completing his residency in Internal Medicine at Jackson Memorial Hospital. He is the Principal Investigator of the UM Harm Reduction Research Group which houses the IDEA Exchange, Miami’s pilot syringe access program. His research interests include behavioral interventions and innovative approaches to HIV prevention. Dr. Tookes has received numerous honors including Starbucks Upstander, Miami Chamber of Commerce Healthcare Hero, and SAVE Champion of Equality. He is a member of the Board of Governors of the Florida Medical Association and is a delegate to the American Medical Association. Prior to medical school, Dr. Tookes worked in public health. He graduated from Yale University with a B.S. in Molecular, Cellular and Developmental Biology. 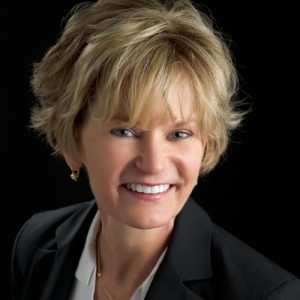 Sarah J. Werner, DDS recently retired from dentistry after a 36-year long career, chiefly in private practice. Long committed to improving community health, Dr. Werner focuses her energy and talents on volunteer activities that directly impact the health, welfare, and safety of people in the community.

Dr. Werner currently serves as a co-chair of the Affected Family and Friends Work Group at the Colorado Consortium for the Prevention of Prescription Drug Abuse. She was instrumental in a digital storytelling campaign to share stories about recovery and the effects of substance use on families. She also organized presentations on opioid misuse at middle and high schools, as well as distributed Deterra Drug Disposal Packs to the Metro Denver Dental Society.

Dr. Werner’s career in dentistry began in 1985, having earned a DDS at the University of Minnesota School of Dentistry,  a BA at Mount Holyoke College and after working in research at the Harvard School of Public Health. In the mid-80’s, Dr. Werner coordinated a speaker series on health issues at the Women’s Prison Health Program in Plymouth, MN. She has provided free dental care to impoverished children in 10 different countries, working with Rotary International and Global Dental Relief. Most recently, Dr. Werner ran a private dental practice with an emphasis on restorative care in Denver, Colorado where she had served as an attending clinical instructor at the Denver Health Medical Center and at the University of Colorado Dental School.

Read about our policies and practices.