E-Cigarettes & Vaping: What You Need to Know 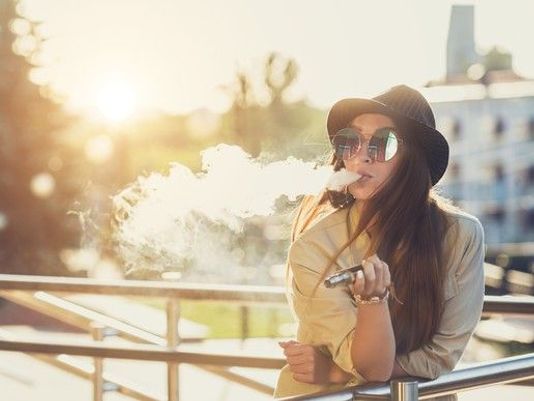 On December 18, 2018, U.S. Surgeon General Dr. Jerome Adams declared teen e-cigarette use an epidemic and called for aggressive steps to fight it, including age limits, indoor vaping bans, taxes and restricted sales. The declaration came one day after the National Institute for Drug Abuse issued new data showing nearly 21 percent of high school seniors say they vaped a nicotine product within the past 30 days, up from 11 percent a year ago. The increase was the largest for any substance use in the survey’s 43-year history.

It’s not just nicotine that goes into e-cigarettes. Synthetic drugs, such as Flakka, K2 or Spice, and various types of legal marijuana are available to be used with an e-cigarette. Typical e-cigarette cartridges, known as a “daps” or “pods,” make it hard to determine what kind of drugs are inside and what doses.

Your teen may not know what they are putting in their bodies or how dangerous it might be. As a parent, it is important to understand how vaping works, what to look out for and how to talk to your child about the dangers of e-cigarette and drug use.

Here are some readings we recommend:

Vaping … Flakka? What Every Parent Should Know About the Latest S. Florida Teen Trends

Elements Behavioral Health: Teens looking to experiment with drugs are increasingly using these battery-operated devices, often touted as a healthier alternative to traditional cigarettes, to vape synthetic substances like flakka (an amphetamine-like drug similar to bath salts) and various forms of “legal weed” (such as K2 and Spice). And that has local law enforcement and health officials worried. Inhaling liquid nicotine is one thing, but vaping other less familiar and potentially more dangerous substances is another, they say. And parents of teens — especially — need to be on the alert….

Partnership for Drug-Free Kids: Hardly a week goes by without another news article about vaping. In 2014, vaping was selected as Oxford Dictionary’s word of the year, beating out other candidates like “Bae” and “Budtender”. If they were picking a word today, it would more likely be JUUL or Juuling, the wildly popular “stealth vape” of adolescents….