Knowing When to Turn

In 1988, I had an unforgettable experience that keeps me humble still today. I was among two associates and a host of strangers, better known as addicts. Our comfort zone was disrupted by two Washington DC cops.

“Big Foot”, a male, was the first cop who spoiled our party. “Halt,” he roared. His instructions motivated me to run. I refused to be apprehended. As I’m running to maintain my freedom, a female cop was hot on my trail.  Running from a wooded area, only God prevented “Big Foot” and the female cop from shooting me in the back. 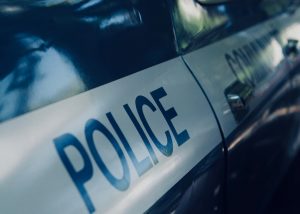 ted from her when I hopped over the fence of a homeowner’s front yard.  When I hopped that fence, I discovered three gigantic holes.  Those holes were for three new homes, yet to be built, so I hid in one of them.   I was determined not to go to DC Jail that night.

God mysteriously used a stranger to set me free.

“No one is back there,” the homeowner told the female cop. The two cops left and drove off.

I will never forget the moment, as I lay in a gigantic hole waiting for nightfall. I made it safely to my associate’s house, got down on my knees, as God heard my humble cry, “God, if you get me out of this I am done.” The police encounter in 1988 was finally “the turning point” for me.

Raised in a dysfunctional family, I observed closely how older relatives behaved. It was normal during family gatherings and holidays to see alcohol bottles in the midst. Alcohol was in the refrigerator and behind the basement bar in my grandfather’s house. He consumed alcohol, but he was not an alcoholic. He was my role model.

I started early as a pre-teen, when I sipped on a bottle of Manischewitz Grape Concord Wine. Inquisitive? Yes. I liked the taste, and eventually progressed to weed, speed, then ultimately, cocaine and heroin. No prescription drugs.

Addicted for 17 years, I stayed in denial for years. I pretended that I was okay domestically, emotionally, and mentally. On the contrary, I was suffering, in pain, lonely, and I kept on using, not accepting the fact that I was addicted.   During my addiction it was fun in the beginning, however, it became serious business during the middle and end. Nothing was fun anymore – a slave in the rhythm.

I enrolled into the first four inpatient programs for the wrong reasons. In doing so, I paid a painful price. The first reason was for my job. The second, third and fourth reasons were to rest in treatment and use on the weekends, only. 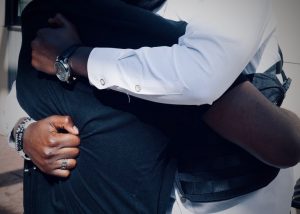 The fifth attempt was for self. I was tired of being sick and tired. I wanted to change. Late August 1989, God and the Salvation Army Adult Rehabilitation Center for Men saved my life.

Considering that I explored five programs, including detox, I never had a problem enrolling. The access to detox and treatment in the 80’s was wide open. I am so thankful for my counselors, and those in recovery.

If there’s a young Kevin out there, I’d tell him never experiment with mood-changing chemicals. If you indulge, down the road, you will pay a price: Jails, Institutions or Death.  The word G.O.D. can be defined as, “Good Orderly Directions. ” I went to detox, treatment, and now I’m in recovery- simple directions.   I use this motto in all of my affairs. No matter what, God is first, and I attempt to do things in decency and order.

To be honest, a dope dealer doesn’t care who he serves. The color of a person’s skin is meaningless. No discrimination at all. There are rich, middle class and poverty-stricken addicts and alcoholics. I’ve met them all. We had one thing in common…Drinking and Drugging.…..a bad choice. 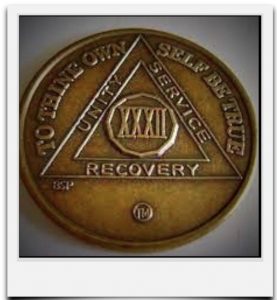 I thank God for another sober birthday. 64. I want more!!!

Sober for 32 years – half my life– has given me peace of mind, self-respect and taught me how to love others, including the adversaries. I can think better, eat more, enjoy every day without being sick or wondering how to obtain money to support a habit.

Kevin Wilson is a writer, publicist, and speaker who has authored news, features, and sports stories for many national and local publications including Jet Magazine, BlackAmericaWeb.com, and Good News Network. He is the CEO of his firm “Sylvester Enterprises”, named after his grandfather Norman Sylvester Wilson. It’s primary mission is to educate, encourage, and entertain, hoping to deter youth from drugs, alcohol, nicotine, and gun violence. Throughout the years, Wilson has been selected as a guest speaker at recreational centers, churches, career days, prisons, radio, and television talk shows. Mr. Wilson is the author of ” The Turning Point,” a journal that changed his life. He’s the first black male graduate to earn a B.A. in English/Journalism from Elon University, NC.