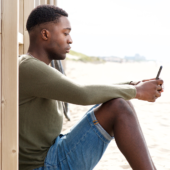 Daniel’s Story: Getting Out of My Own Way

“My life slowly became everything I wanted it to be. The key part of it was getting out of my own way.” 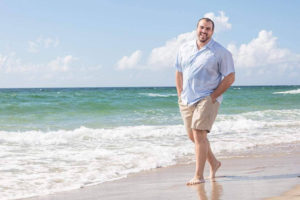 I grew up with every opportunity a person could dream of. I had successful and supportive parents, I had absolutely every need provided for me and I had no extreme trauma as a kid. Drugs were something I avoided like the plague in high school, I genuinely believed they would not only ruin my life but my parents would disown me if I ever did any. Once I reached college however and gained some freedom, drugs did not seem like such a threat to my life. During my first week of freshman year, someone handed me a joint and I smoked it immediately. I suppose because I was living on my own that I was no longer afraid to try drugs. Whatever the reason was, I loved it. I felt relaxed, my problems went away and reality did not seem so real while I was high on pot. I had no idea where this would take me. However, it would take me to the darkest place of my life.

I lasted in college for about 2 years, I had become a pothead and rarely went to class and college was expensive. I moved back home, now with a drug habit and felt like a giant loser because I hadn’t completed college. During this time, pot just was not doing the job. I craved something stronger that had more of an effect and I found that something one night when a friend had some percocet and offered a few to me. “These will change your life forever, man” he said, and boy was he right. Upon taking my first pill, I fell in love with opiates. It made me feel invincible, more social, more energy and most importantly melted all my worries away. My life had changed forever.

After using pain pills for about 2 years, I got caught stealing money from my mother, I had taken money out of her account and she caught me. When I told her the news it blew her away. This began my journey in and out of rehab and recovery, I was 21. The next five years were miserable, I would go to rehab wanting to stop but would not be willing to put in the necessary action. Action is the absolute most important thing in recovery and I was just not putting forward the effort and my life suffered horribly. I would travel between New Jersey (where I was from) and South Florida regularly and anybody who was involved with me had their life impacted by my addiction in a very negative way.

Around 2014 my father decided to give me a chance working for him, I had promised him I was sober (I wasn’t) and he thought I really needed someone to help me get back on my feet. After about a year I was fired from the job for many terrible reasons, it broke my father’s heart and I fled back down to South Florida like I always do. I spent the next few months getting high and holed up in a cheap rented room. I barely spoke to anyone and did nothing but get high and stay up for days. It was easily the most alone I had ever felt, I was hopeless and did not care about my life at all. I remember reaching out to my dad, who hadn’t spoken to me in months, and having a very deep talk. I remember feeling a weight lifting off my shoulders after the conversation. Three days later, I got a call from my mom that dad had died of a heart attack. I was devastated.

I spent the next 2 months back at home crying myself to sleep every night, my life had become an absolute hell and it seemed impossible to escape. I was offered one more chance at rehab and I took it, I had to. Being so hopeless and depressed coming into treatment proved to be a blessing in disguise. I knew that I had to listen to others guidance and do it their way completely because my way was not working. I also found a ton of motivation in getting my life together to honor my father, he had spent so much time when he was alive trying to help me live a good life that I could not render that time a waste with him gone now.

With newly found motivation, a ton of action, and no longer doing it my way, my life quickly became significantly better than it had in years! All I had to do was stay out of my own way and continue my life with action, and that’s just what I did. The treatment center I went to also had an alumni program that helped me get involved with not only other people in recovery but with community service and fun events as well. I was starting to feel a part of society again, it is the greatest feeling I have ever experienced.

Through working with other people in recovery and practicing honesty and humility, my life slowly became everything I wanted it to be. The key part of it was getting out of my own way. If you have said to yourself you know what to do and were wrong about it, I beg you, open your mind up to someone else’s ideas, someone who has been where you are and gotten out of it. That simple concept saved and changed my life, it continues to change my life.

In recovery for more than four years, Daniel is an Outreach Specialist for Recovery Local, a local addiction/recovery based marketing company. He advocates long-term sobriety by writing for websites like Journey Pure, providing resources to recovering addicts and shedding light on the disease of addiction. Daniel believes that absolutely anyone can get sober provided they are ready to take action in their own life.