This is the story of a son, named Joseph. 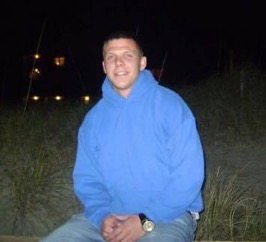 It was Saturday morning, Labor Day weekend, 2017. I went to the gym and took the dog for a walk. Nothing out of the normal from my day-to-day routine. I went to Costco with a friend and we were planning a cookout that night. I received a text from his girlfriend around noon and she was worried because she had not heard from him. I got online and checked his phone logs.. something I did frequently to make sure he was alive.  Nothing since 10:30 pm the previous night. Well, maybe he cut his phone off and fell asleep. I was texting her and walking around the house and I don’t know why, but something told me to look out my front door. The moment I did, I knew my life would never be the same. In my driveway stood three police officers. One had a piece of paper in his hand and they all had their heads hung low and were chatting in a circle. They started for my door and I knew. They didn’t have to tell me. They weren’t here to arrest my son; they were here to tell me he had died. I opened my door and yelled out, “He’s dead isn’t he?? Just say it!”

You see, I had imagined this moment for so many years. The moment I knew would be the worst thing that could ever happen to my family. I felt like I was standing outside of myself watching this crazy woman yell at the police. They wouldn’t tell me until I sat down and when the words came out, “Yes, ma’am, he has passed.” I think I fell to the floor, I don’t know. I know I just started yelling about addiction and the heroin packets and probably just 16 years of hurt came spilling out. His pain was over, just like that. He was tortured with addiction since the age of 13. And in one instant, he was gone, he died alone, in a hotel room.. at the age of 29. No more addiction, no more suffering, no more pain. He was at peace. For me, I wasn’t sure how I was going to make it thru that Saturday without my oldest son. For, me, my pain continued and in many ways had just begun.

Joseph’s addiction started at 13 with marijuana. By the time he was 15, he was diagnosed with polysubstance abuse, which means being addicted to multiple substances. Cocaine, alcohol, Xanax. I thought I had done all the right things. I had the conversation with him about drugs, he went thru the DARE program which talked about drugs and addiction. But none of that made a difference.  His dad and I were divorced and we shared custody. I do not know unfortunately, everything he was exposed to. What I do know is that the floodgates opened and I couldn’t stop it. Over the next 16 years, Joseph went to rehab close to 20 times, was in and out of jail, mental institutions, and served two prison terms. His brain had not yet developed when he started using and the drugs completely rewired him. His impulse control was completely gone. I could see it by just looking in his eyes when the drugs took over.

2017 was the year of his downfall. In late January, a ‘friend’ attacked him over a dispute regarding a TV. His jaw was badly broken and his front teeth were shattered. He had to have emergency surgery and his jaw was wired shut. He would need several reconstructive surgeries to return to normal. The entire attack was caught on tape.. open and shut, right? The hospital gave him pain medicine. Joseph’s mouth kept getting infected so he had to keep going back. More pain meds, opiates. As soon as his jaw was “unwired”, he kept using. This time, he added heroin to the mix of Xanax, cocaine, alcohol. He overdosed alone in a hotel room throwing up a massive amount of blood. He didn’t know where he was and couldn’t retain any new information. He was taken to the ER where they determined he had amnesia. After much research, I discovered he had a very rare form of amnesia that was associated with opioid use. Some people would never recover. Joseph did after a few weeks. We had a long emotional talk and he told me he knew this was his last run, that if he used again, he would die. And he did. His cause of death was cocaine/heroin toxicity, which means the combination of the two killed him.

Joseph had been my entire life since I had him at 17. When he was 18, I gave birth to my middle son, Cameron, and when Joseph was 20, I had Christian. I love all of my boys equally but with Joseph, I had grown up with him in many ways, and then I had tried to save him from himself for what seems like a lifetime. I had failed to save him. Why didn’t he reach out to me? Did he commit suicide or did he overdose? I don’t think I will ever know for sure. I do know he was tired and he was ready to go. He had told me on numerous occasions he just couldn’t take it anymore. He was sick of living in his own skin he would say. He would beg me to just let him go so he could be in heaven with God and he could watch over me and the boys. I begged him to keep fighting. There had to be an answer! He couldn’t just quit.

As 2017 unfolded, I knew it was nearing the end. I knew in my heart but I would ignore that nagging feeling because accepting the fact your son was going to die just isn’t something you can really wrap your head around. A year and a half later as I am writing these words, I honestly still cannot accept it. Your children aren’t supposed to die before you. It’s not natural. They are part of you just like your arm or your hand. When they die, a large part of you goes with them. It’s not something you can control. It’s not something you can ever get back. Yes, I have other children and I thank God every day for them. When you have children that are alive and that are dead, it’s like standing on an invisible like between life and death. You want so badly to be with all of your children. It’s instinctive.

In my opinion, society failed my son. Our health care system does not know how to treat addiction, especially when they start using so early and their brain chemistry is changed drastically. The hospital that treated him in 2017, inadvertently and most likely got him dependent on opioids. Our legal system always treated him as a criminal and never someone with the disease of addiction. Oh, and they guy that beat him up? When Joseph died, they reduced his felony to a misdemeanor. He got probation, that’s it. Just when you think it couldn’t get any worse, the insurance company… since Joseph went out of network, they sent large amounts of money directly to my son. This was a tactic (in my opinion) they were using (and still are) to get facilities to go in network with them. In my opinion they put a man with mental health and substance abuse issues right in the middle of their dispute. The week my son died, he had just received a check for $30,000. He died 4 days later.

We have to change our countries view on addiction. Nothing else will change until the mindset changes.

We have to start the conversation….

Shared by Joseph’s mom, Jennifer A.